Multiple Elections
The EasyCheckIn PC application can be set up to run multiple elections simultaneously. When enabled, an election worker can search for a voter and the software will identify which election the voter is eligible to vote in.

Quick Voter Verification
Poll workers save time by easily scanning a voter’s driver’s license, voter ID, or manually enter data to identify a voter in the voter registration database. Poll workers can see a magnified image of the voter ID for easy viewing and identify if a voter has already cast their ballot (early voting or on Election Day) and differences in the voter’s ID from state voter registration systems. Poll workers can quickly identify if a voter is in the wrong location and direct them to their correct voting location.

Production of Pre-Filled Documents
EasyCheckIn can create and print a wide-variety of pre-filled documents including voter information update cards, mailing labels and barcodes, voter registration cards and many more. If allowed in your state, voters can electronically sign these documents using a digital signature pad.

Electronic Delivery of Forms
Absentee applications can be emailed to the voter, pre-populated with data from the file provided by your state. 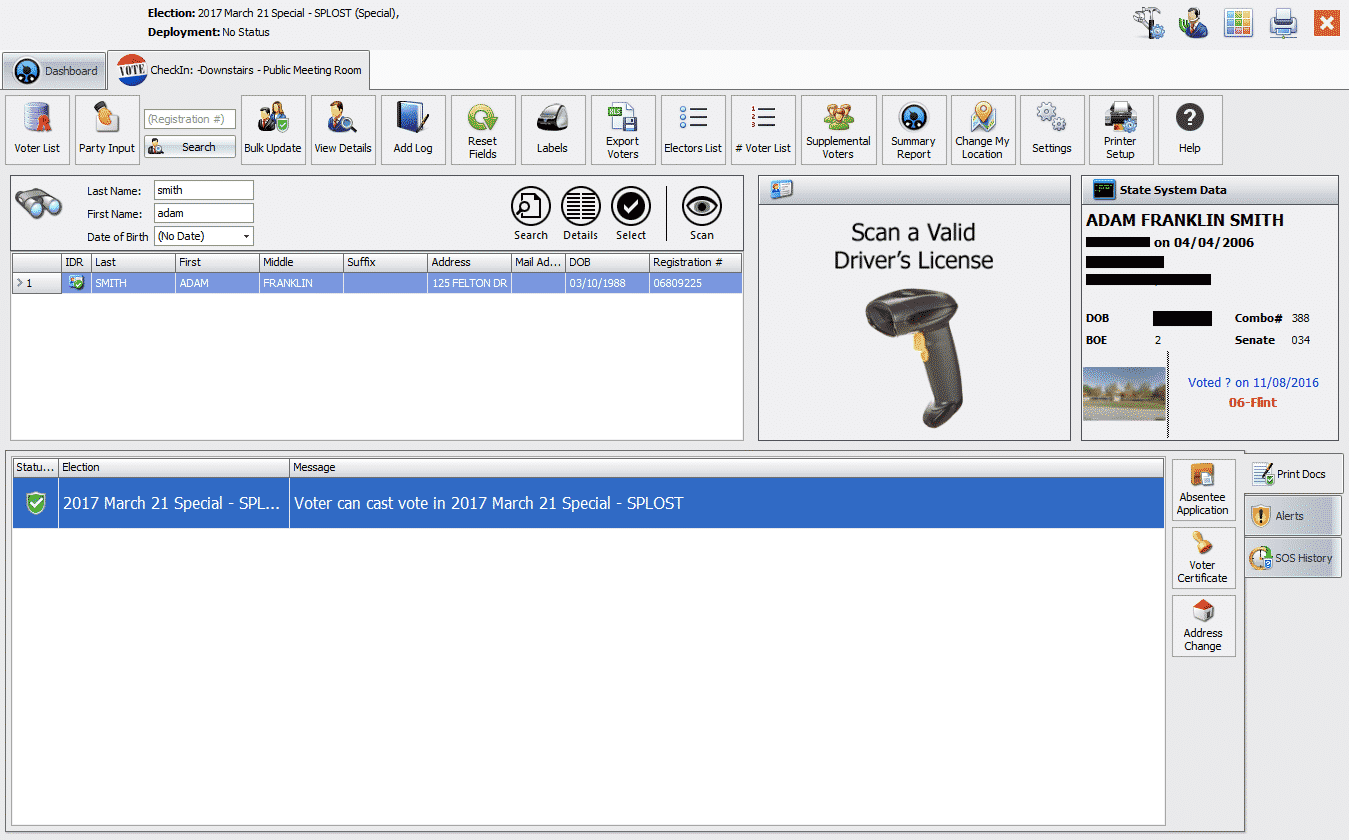 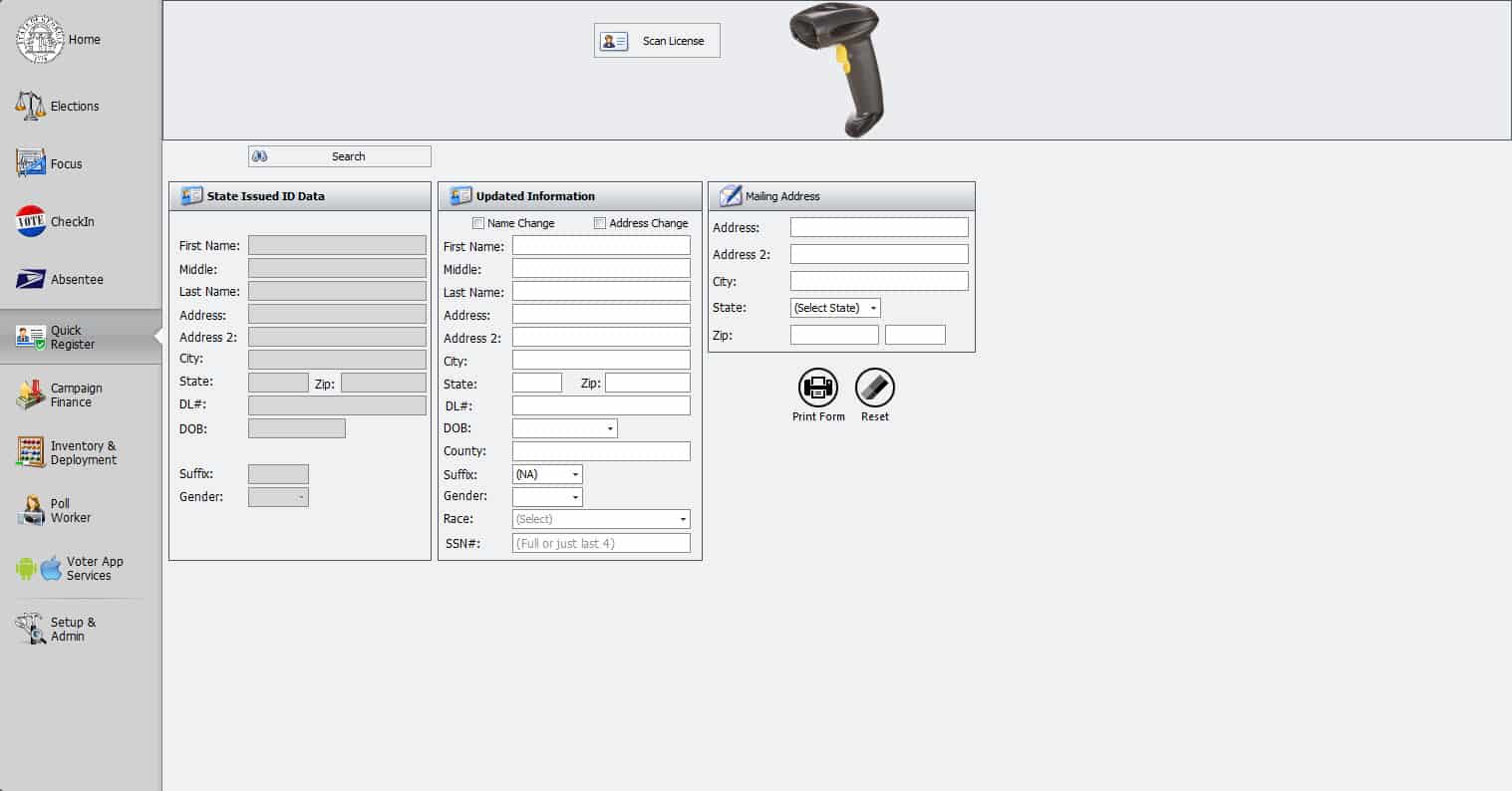 Want to learn more about EasyCheckIn?